Snowdrops in the Green

There cannot be a soul who does not look forward to seeing snowdrops flower. They lift the spirits on the darkest days of winter and remind us that spring is on the way. I am referring to Galanthus nivalis, the common snowdrop.

I dare not venture into the territory of the galanthophile. Despite their delicate appearance, snowdrops have a cast iron constitution. Like hellebores, in very cold spells the stems bend and collapse to the ground, but recover as the temperature rises. The leaves contain a protein which acts as an antifreeze and inhibits the formation of ice crystals which would cause tissue death or damage. In addition the tips of the leaves are hardened to enable them to pierce through frozen ground.

We are encouraged to plant snowdrops “in the green”, which means while they still have green leaf and are in active growth. Planted like this they establish more reliably than dry bulbs in the autumn. Instructions suggest planting them after the flowers fade, but it is not necessary to wait this long. They can be planted before the flowers even open. I have been doing this since 1997 when I was given a box of snowdrops as a housewarming present. They came as unsorted bunches containing bulbless seedlings as thin as a blade of grass up to chunky mature bulbs. As the clumps grew I lifted the biggest when the growth was about 1-2” tall, and divided it into smaller pieces which were then replanted straight away. They look a bit crooked for a day or two, but soon straighten up and continue as if nothing had happened. UK growers lift and supply snowdrops from January onwards depending on the weather. When replanting do not use regular spacing; be random. Clumps will naturally spread downwards as seeds fall, so siting new clumps on higher ground, and banks, will aid the impression of natural distribution.

Double snowdrops Galanthus nivalis f. pleniflorus do not set seed, but they bulk up quickly and soon make clumps ripe for division. They do however produce viable pollen but need a non-double flower to bear the seeds. Planted in isolation they are not surrounded by seedlings and somehow look less natural than the single form; more Come Dancing and less Swan Lake. Planted with single snowdrops nearby they will cross-pollinate and produce variable progeny enabling the double form to spread and become established without man’s intervention.

As one of the earliest flowers to bloom in spring, snowdrops are useful for pollinators. When air temperatures rise above 10 centigrade and insects are likely to be flying, the snowdrop petals move up and out opening the flowers and making it easier for insects to get inside. They also have a medicinal value. As members of the family Amaryllidaceae (along with Leucojum and Narcissi) snowdrops contain a substance called galantamine which is used in the treatment of Alzheimer’s disease. Galantamine can be synthesized artificially, but this is a difficult and expensive process so it is mainly sourced from plants.

If you can bear to think of next Christmas, and you want to feel really smug, you could plant up some bulbs in pots now and leave them in a quiet spot. In December, tidy up, clean the pot, top with moss and give someone a little pot of promise. 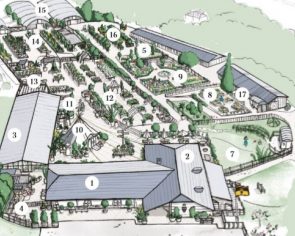 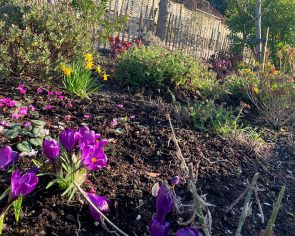 Read our latest installment of the Bumblebee Blog - part 8. 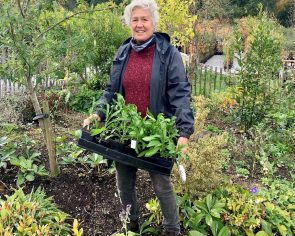 Top tips for planning your garden

Becky Martin, the nursery gardener has revised an article perfect for winter reading.